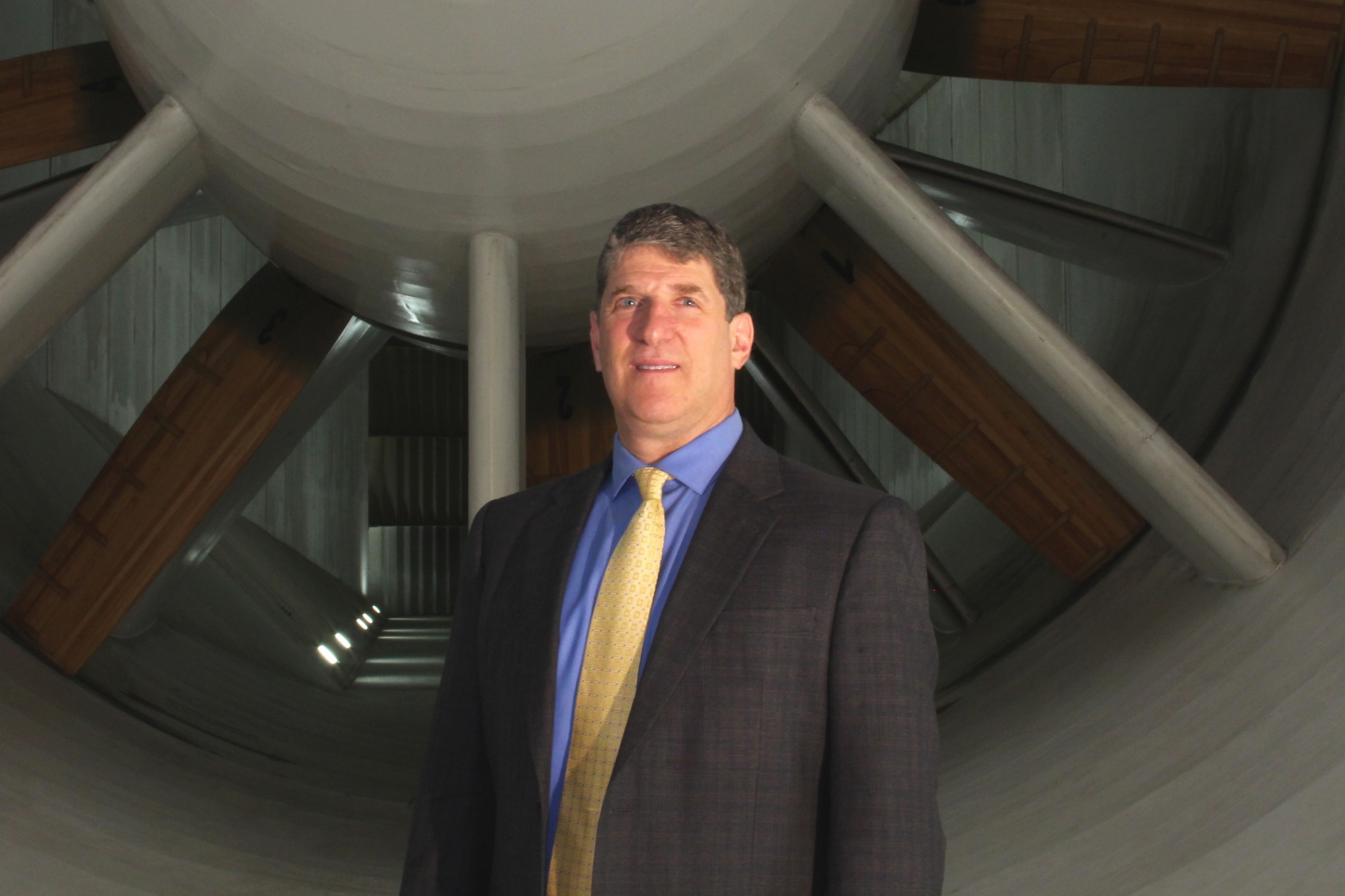 By Daniel I. Newman
Vertiflite, September/October 2021

This series focuses on terms used in our expanding vertical flight community, addressing the uses of terminology that threaten to become routine expressions or idioms — or already are — but are misleading or erroneous. This installment clarifies what is a model-based method, and identifies distinctions between and complexities of various approaches.

Foremost among current initiatives for the development of complex systems are model-based approaches, one of several key elements enabling digital acquisition. The digital engineering and management that are enabled offer faster design, seamless assembly and easier upgrades. While a modular open systems approach (MOSA), autonomy and electrification can offer better products, digital engineering promises a better process for system development and improvement.

Model-based approaches leverage the use and re-use of a suitable representation, once developed. The concept has existed since long before computers, but is now generally accepted as referring to a digital model.

In this column, digital model-based approaches are discussed in terms of (a) the engineering of the product and of (b) the management of the process. Model-based design (MBD), model-based engineering (MBE) and modelbased systems engineering (MBSE) are described and differentiated in an attempt to improve understanding and manage expectations.

Digital Engineering
Digital MBD is a virtual representation of the design, geometry and materials. It is very mature, and a common practice in aviation since the inception of computeraided design (CAD) systems in the 1980s. The first CAD was simply duplicating 2D drafting capability, adding an understanding of three-dimensions (2.5D) and then operating in 3D — adding surfaces, parametrics, solid modeling, knowledge-based design and now, virtual and augmented reality.

For documenting redesign, digital modeling allows rapid design and redesign through reuse of existing models. Developing a robust digital model typically increases the time to generate a first version, especially when advanced features like parametric and knowledge-base are embedded. The investment is warranted by dramatically reducing the time for redesign and iteration. And the growing library of models — internally and available from suppliers and partners — continues to improve workflow.

Simulation has been maturing and expanding since the introduction of computers, allowing rapid exploration of the design space with multi-disciplinary analysis and optimization. While not implemented for every discipline and attribute, simulation is embraced and extensive for the key ones (e.g., aerodynamics, structures and mass properties). The predictions are trusted to iteratively improve the designs, when models are adequately validated through correlation with test in the relevant conditions.

The capability and deployment of MBD and MBE has increased steadily, very mature and in common practice across the value stream. The reliance on MBE and CAE has established it so completely that modeling is trusted more than appropriate. Much as the original introduction of the Macintosh computer enabled beautiful graphs and plots that achieved unearned trust among unsophisticated audiences; beautiful computer graphics of new aircraft designs and high-fidelity analyses (e.g. CFD) are getting investment in the absence of validation.

As far as testing, there have been hopes of replacing costly and long-drawn-out hardware development and validation since the first high-fidelity, physics-based analyses. There were early calls for eliminating wind tunnel and structural tests for decades, but now the call is widespread, salivating to eliminate all testing. But only those with the authority to certify the product performance can approve this change, so in the interim there must be both modeling and test to build the required level of trust.

Digital Management
The process of system design and development has also improved with MBD digital models, with the real-time sharing of common data and robust configuration management of the design (see “Terms: The Design,” Vertiflite, July/Aug 2021).

For sustainment, digital geometry models were used very early to generate graphics in training and maintenance manuals. Now there is broad recognition of the value of the product’s digital model throughout the lifecycle, using a “digital twin” of the product — and in some cases, a twin of each instantiation (i.e. each product serial number). The use of a digital twin offers benefits for fleet management, through configuration management, data management, data analytics for diagnostics and prognostics, sustainment and continuing enhancements.

A relatively recent development, model-based systems engineering (MBSE), sounds similar to MBD/MBE but is very different. MBSE is the digital representation and integration of programmatic data products, linking requirements to the design — and through to the artifacts that validate compliance with the requirements. Like MBD and MBE, MBSE requires increased effort at the front-end to get robust functional models in place for use downstream. When implemented, MBSE offers improvements throughout the life cycle of a product or system, reducing the costs and timeline for non-recurring development, during operation and support, and — significantly — when modifying the system. In addition, the processes and models are all available and useful for the development of other products.

MBSE, though, is far less mature than MBD/MBE — still in its “infancy” — with great promise but significant learning still needed during initial implementations. Also like MBE, it will take time to develop and mature the processes, and yet more time for key stakeholders to trust it. Again, both old and new processes will run in parallel for a while.

Successful implementation of MBSE has been acclaimed for the US Ground Based Strategic Deterrent (GBSD) program, but widespread use in aviation is still nascent. Recent requests for information (RFIs) from US Department of Defense (DoD) organizations and a solicitation by the US Naval Air Systems Command (NAVAIR), are requesting help to identify the appropriate path for MBSE use in weapons systems developments. Conceptually, MBSE for program execution is comparable  to the move toward MOSA on the platform, and similarly, “modular open acquisition” of systems in the future to avoid “vendor lock.”

While some hardware testing has been replaced with simulation in product design, an exciting opportunity is enabling qualification and certification by analysis, eliminating a major cost in aviation non-recurring development. Cert-by-analysis is yet another extraordinary opportunity to leverage the virtual world for significant cost reductions and timeline compression of the non-recurring design of complex systems. The trust of the regulators in analyses — as evidenced by accreditation for use in specific applications within a specified range of use — allows granting approval based on only high-fidelity, physics-based modeling and simulation without dedicated test hardware and test programs.

While modeling and simulation has been in use and advancing, enabled by the improvements in computing (Moore’s Law), there is still a long way to go in aviation. While some testing has been reduced during product development — e.g. the Joint Multi-Role (JMR) development validated MBD/MBE tools for the Army’s Future Long Range Assault Aircraft (FLRAA) program — modeling does not yet have sufficient fidelity to eliminate all testing (as in the virtual wind tunnel). And that is only predicting performance — which is a far lower bar than the regulators’ concern over safety.

In his seminal document, “There is No Spoon: _The New Digital Acquisition Reality,” published in October 2020, then-Assistant Secretary of the Air Force for Acquisition, Technology and Logistics Dr. Will Roper laid out a vision of a future that capitalizes on digital design to dramatically reduce costs and accelerate timelines for weapons systems development and operation.

Throughout 2021, many conversations between industry and US DoD stakeholders about new aviation systems have included the expectation that MBE/MBSE will revolutionize development. The increase in initial costs for model-based approaches is not generally recognized, nor that savings accrue when models are reused.

At this time, few benefits of MBSE can be credibly claimed, as some of the breakthrough concepts are still mostly plans. Like technology development, processes also need to be defined, developed, matured and implemented before the net benefits are obtained. So, for now, it requires faith in the absence of data.