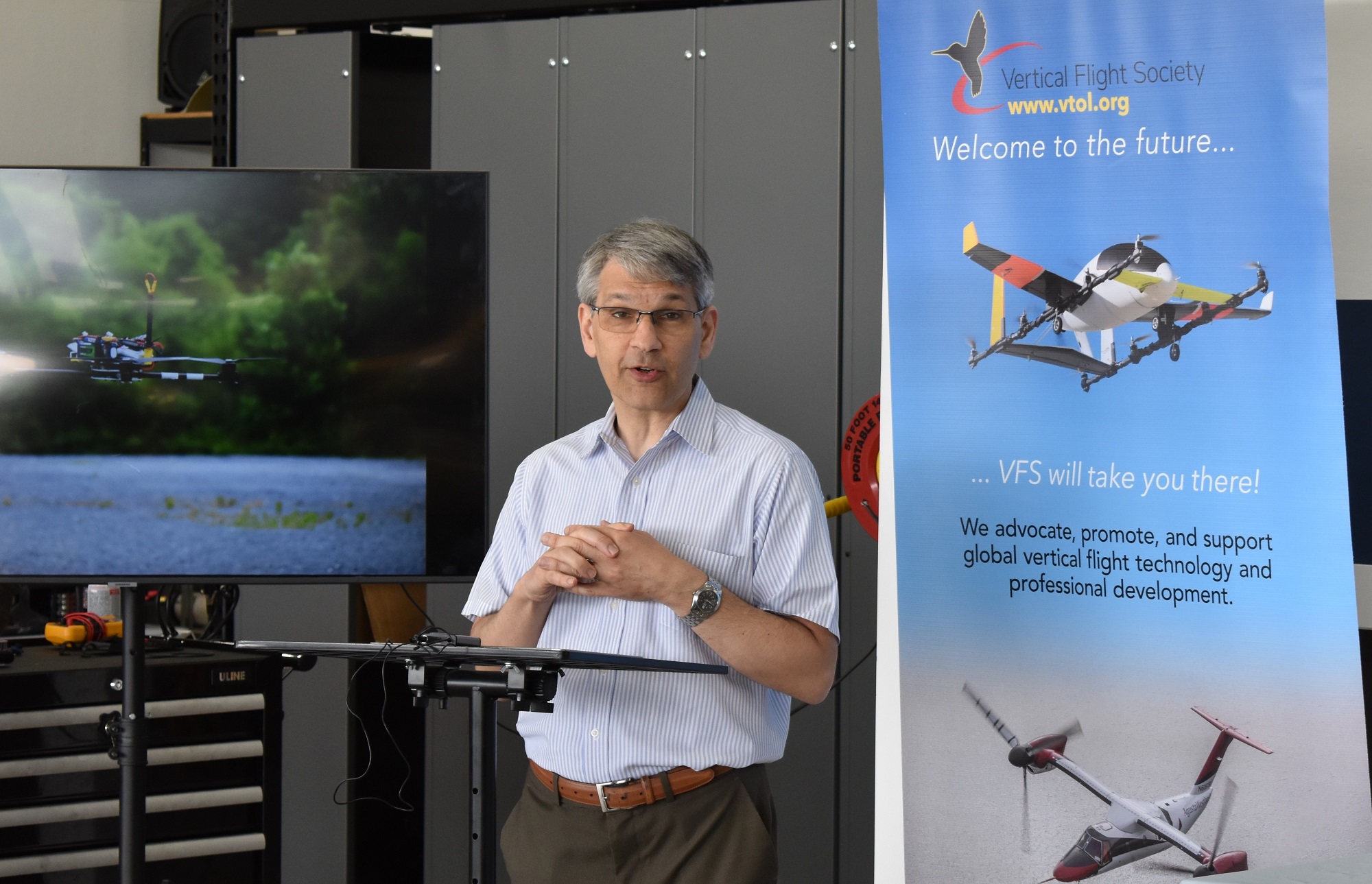 The FAA makes a U-turn on its approach to powered-lift, as the eVTOL industry tries to hang on

On Monday, May 9 (the eve of the VFS Forum 78), The Air Current (TAC) broke the story that the US Federal Aviation Administration (FAA) had decided that winged electric vertical takeoff and landing (eVTOL) aircraft that met the FAA’s definition of “powered-lift”— a term used nearly exclusively for pilot qualification rules — could not be certified or operate as “airplanes” (see sidebar for the full text of the FAA’s only official statement).

This meant that certification for winged eVTOL aircraft would have to be done through Title 14 (“Aeronautics and Space”) of the US Code of Federal Regulations (CFR) Section 21.17(b). This was a 180-degree change in direction from the path the FAA had been leading the industry down for the preceding several years.

Part 21 is the “Certification Procedures for Products and Articles.” Section 21.17, “Designation of applicable regulations,” delineates how the FAA can certificate aircraft for which there are already airworthiness standards under 21.17(a) — including special conditions — and those aircraft without such standards.

The FAA has already accepted several G-1 “Certification Basis” issue papers from US companies with winged eVTOL airplanes in accordance with 21.17(a), with agreement that Part 23, “Airworthiness Standards: Normal Category Airplanes,” was applicable for these aircraft, supplemented by special conditions for the non-wingborne flight segments. Companies with winged eVTOL airplanes, like Joby and Wisk (then called Zee.Aero), had years of meetings with the FAA, confirming this approach, and that they could operate like airplanes.

Only those eVTOL aircraft without wings, such as the multicopter designs from EHang and Volocopter, were expecting to use 21.17(b), which reads in its entirety:

For special classes of aircraft, including the engines and propellers installed thereon (e.g., gliders, airships, and other nonconventional aircraft), for which airworthiness standards have not been issued [emphasis added] under this subchapter, the applicable requirements will be the portions of those other airworthiness requirements contained in Parts 23, 25, 27, 29, 31, 33, and 35 found by the FAA to be appropriate for the aircraft and applicable to a specific type design, or such airworthiness criteria as the FAA may find provide an equivalent level of safety to those parts.

Part 21.17(b) was originally developed in the 1980s to certify airships like the Zeppelin N07 and gliders to fly in the US airspace. When Bell unveiled its civil tiltrotor in the 1990s, the FAA made the decision that these types of powered-lift aircraft must also use 21.17(b).

There were several ways that the FAA could have addressed the disconnect between airplane and pilot certification that would have had a minimal impact on the amount of paperwork required by the FAA and applicants. For years, the FAA had supported the premise that winged eVTOL designs could use airplane rules for certification and operations. Airplane rules were more conservative across the flight rules, and these aircraft could meet the definition of an airplane.

Industry and pilots have had concerns with the powered-lift category for many years. Military pilots who flew the V-22 Osprey, AV-8B Harrier or F-35B Lightning II were issued powered-lift certificates by the FAA when transitioning to civil careers, impacting their ability to find jobs at airlines. Furthermore, the Department of Transportation’s Fall 2021 semi-annual rulemaking agenda indicated the FAA would "remove reference to the term powered-lift and designate applicability of current airplane operating regulations for aircraft formerly referred to as powered-lift category aircraft.”

However, around the time when FAA Administrator Steve Dickson — who had publicly stated the FAA’s plans for using Part 23 just a few months earlier — announced his plans to retire on Feb. 17, Flight Standards began a holistic review of the disconnect. This led to a complete reversal on powered-lift, deciding, instead of eliminating the term “powered-lift,” to complete a comprehensive rulemaking effort to introduce new flight rules for powered-lift aircraft across 14 CFR.

The Why The Plan

In the eyes of AFS, the Part 23 path did not align with their new rulemaking intent, as they believed aircraft certification needed to match the pilot certification. As a consequence, projects with finalized certification bases must now be repackaged using 21.17(b) to remove any association of the word “airplane” from the products.

With support from Acting Administrator Billy Nolen, the FAA has now chosen the approach that may generate the greatest amount of work for both the FAA and industry, and with so many “unknown unknowns” of how and when appropriate rules will be re-written.

Part 23
At least as far back as 2013, the official position of the FAA had been that vertical flight aircraft could be certificated under Part 23. The June 2013 document, “A Report from the 14 CFR Part 23 Reorganization Aviation Rulemaking Committee [ARC] to the Federal Aviation Administration” (which had the subtitle, “Recommendations for increasing the safety of small general aviation airplanes certificated to 14 CFR part 23”) included a photo of a VTOL aircraft (the 1980s Sky Commuter) as an example of the types of innovative ideas that would need to be considered under the extensive rewrite of the Part 23 airworthiness standards that was just then kicking off.

This rewrite, undertaken in response to the Congressional mandate set forth in the Small Airplane Revitalization Act of 2013, was published in December 2016 as the draft Part 23 Amendment 64, which went into effect on Aug. 30, 2017. Amendment 64 is a performance-based approach using industry standards to meet or exceed the previous level of safety, rather than prescriptive requirements that couldn’t accommodate new technologies or innovative approaches that might come in the future. As the amendment was being drafted, it was specifically written to accommodate winged eVTOL airplanes. In the Final Rule, the FAA responded to a comment from Zee.Aero, stating, “The FAA does not intend to continue to use § 21.17(b) for unique category airplanes. The FAA plans to shift these unique airplanes from § 21.17(b) to Part 23.”

Over the past five and a half years, FAA leadership continually supported the industry’s plans that winged eVTOL would be certificated under Part 23, using Part 21.17(a) with special conditions, rather than as Part 21.17(b), which would be used for aircraft without a wing. Tens of thousands of manhours went into conducting gap analyses, working to develop the needed standards and coordinating closely with the FAA.

The vertical flight industry knew from the beginning that 21.17(b) would be a terrible option, based on the long, drawn-out certification of the AW609 tiltrotor. Although much of the delay was due to the business and technical changes from the Bell-Boeing BB609 to the BellAgusta BA609 to today’s Leonardo AW609, as well as the technological advances, as much as half of the delay may be due to lack of support and competency by the FAA.

The BB609 civil tiltrotor was first announced in November 1996 with the expectation that it would be certificated under 21.17(b), using the most appropriate standards from both airplanes and helicopters. Now, more than a quarter century later, Leonardo still does not have acceptance from the FAA on several basic issues. The lack of agency priority and attention has drawn the certification out long enough that it has become an embarrassment to the agency and a cautionary tale of the bureaucracy and pitfalls of the “special class” certification path.

Whereto from Here?
In contrast to nearly a decade of collaboration with industry to address the certification of eVTOL aircraft, this decision blindsided the eVTOL industry and was reached in isolation, without any dialog or input.

The FAA made the decision in late April and apparently informed only three of the 16 electric propulsion applicants. After The Air Current article appeared 10 days later, the agency stopped communicating with industry, and only responded to queries to reporters with less information than had originally been given to TAC. In fact, the agency had not provided anything in writing to its applicants before press time. 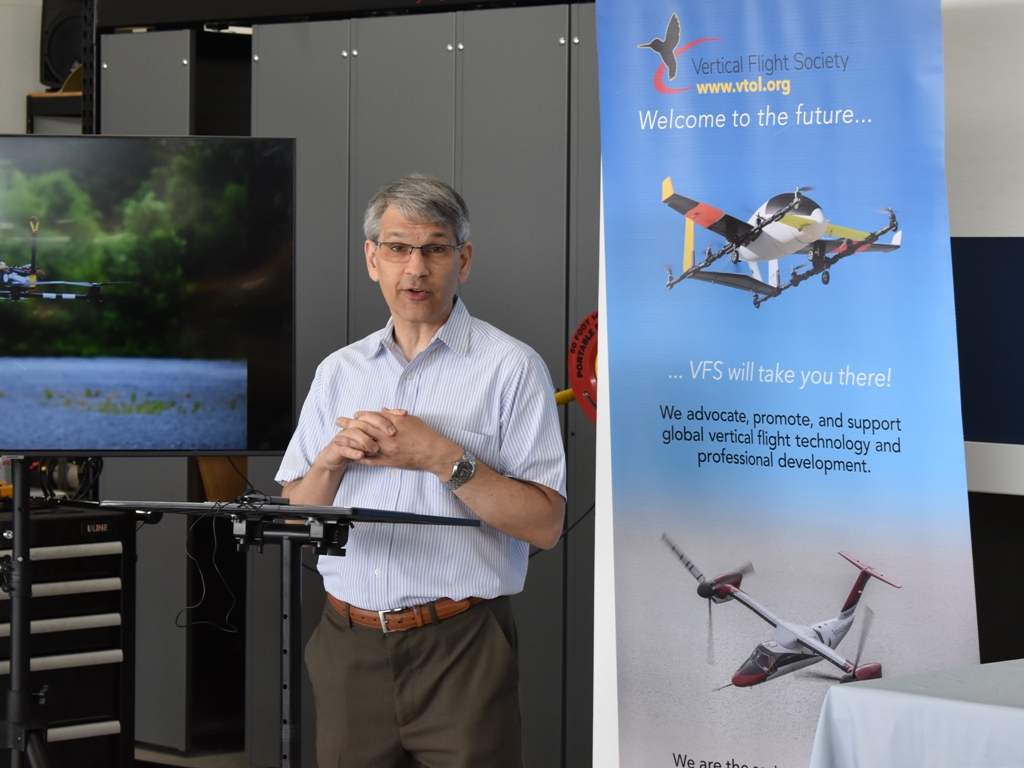 However, in conversations with industry, the FAA said it will provide an “all-of-agency” effort to expedite the development and publication of a Special Federal Aviation Regulation (SFAR) this summer to support commercial operations of 21.17(b) aircraft. This must be followed by a Notice of Proposed Rulemaking (NPRM) this fall.

In remarks to the FAA-EASA safety conference in mid-June, Acting Administrator Nolen stated the FAA’s intent to be able to certify eVTOL by 2024 — suggesting a clear operational path would be made available before that time. In parallel, the FAA must coordinate these changes with the US Department of Transportation (DoT) and the Office of Management and Budget (OMB) — actions the Administrator's office should be doing now.

The good news is that there is now an accepted means of certification for winged eVTOL aircraft, and the agency has publicly stated that it intends to support the aggressive timelines that the eVTOL companies have been working towards — with Joby Aviation in pole position for operations planned to begin in 2024, and several other winged eVTOL aircraft close behind.

Now comes the hard part. It has often taken the agency a decade to create new rules. The FAA must now move at speeds it has seldom ever achieved in the past. If it fails, the US will lose its leadership in eVTOL, and the rest of the world will move forward without it, much like what happened in the drone industry two decades ago.

Nevertheless, as much as this unexpected U-Turn undermines the goodwill and thoughtful collaboration of the past decade, what’s done is done. The regulator has made the decision, and industry is poised to support the agency’s needs.

In fact, industry has no choice but to throw all its weight behind achieving what some think is impossible. But the FAA will be held accountable if it fails to deliver on its promises.