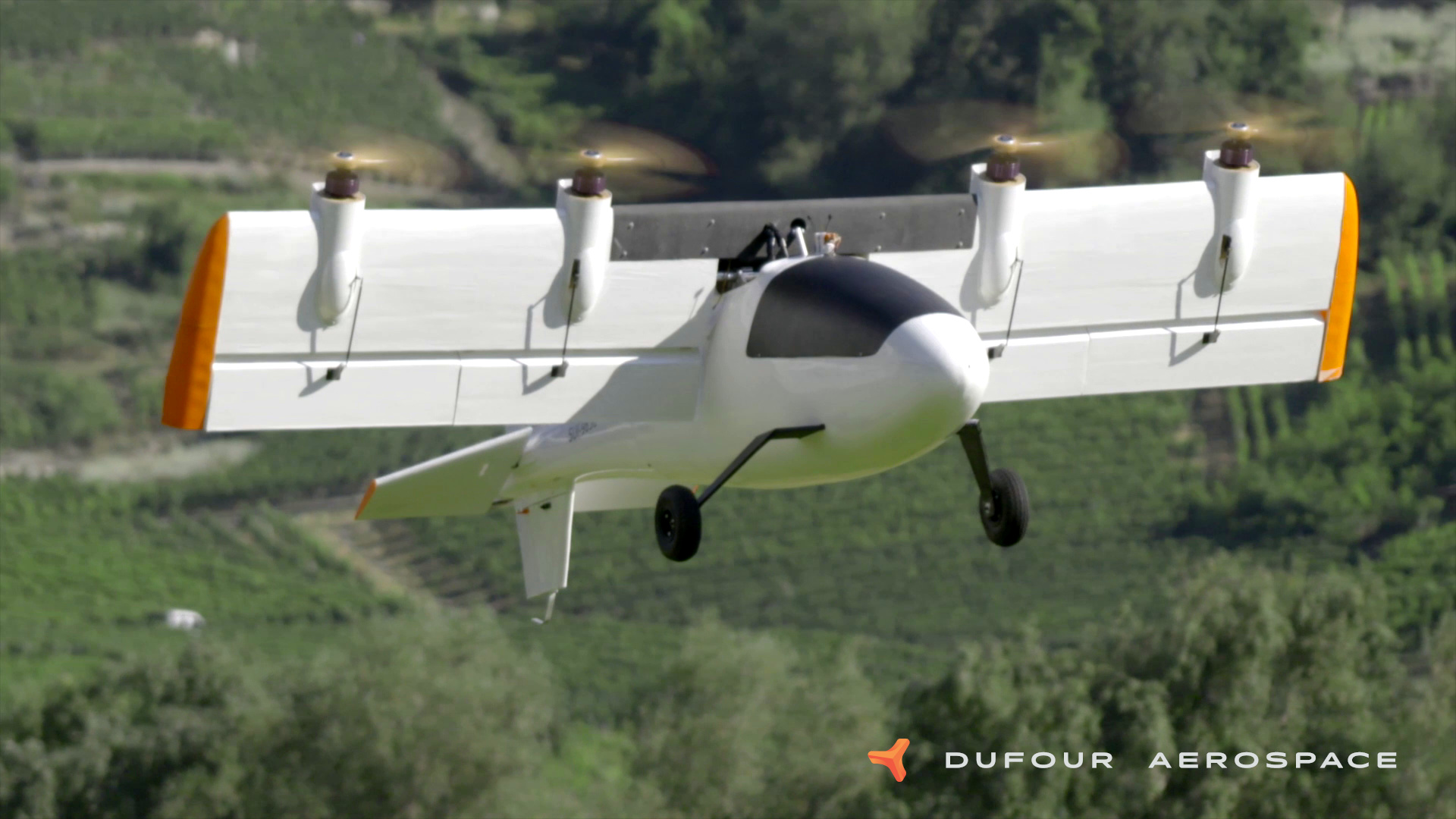 On July 27, Visp, Switzerland-based Dufour Aerospace announced that it had completed the first phase of flight testing of its subscale eVTOL technology demonstrator, the aEro 2. “Building on our experience in manned electric flight with our aerobatic plane aEro 1, we are proud to announce that we have completed the first phase of flight testing of our VTOL technology demonstrator aircraft. Over the course of 550 test flights, expanding the flight envelope incrementally, we have demonstrated a high degree of stability and control in all conditions, including transitions from hover to cruise and back again.” The company notes that it is inspired by Canadair’s pioneering work 50 years ago with the CL-84 tiltwing. The demonstrator has a wingspan of 14.8 ft (4.5 m), indicating a scale of approximately one-third. Meanwhile, in August, the company announced that it had received a grant from the Innosuisse — the Swiss Innovation Agency — to verify the aerodynamic design of its manned tilt-wing, aEro 3, with a wind tunnel test campaign through the full flight envelope, especially the transition regimes. The company says it will use the results of the tests to refine the design of the aEro 3, and the aerodynamic models and control laws. (Source: Dufour)