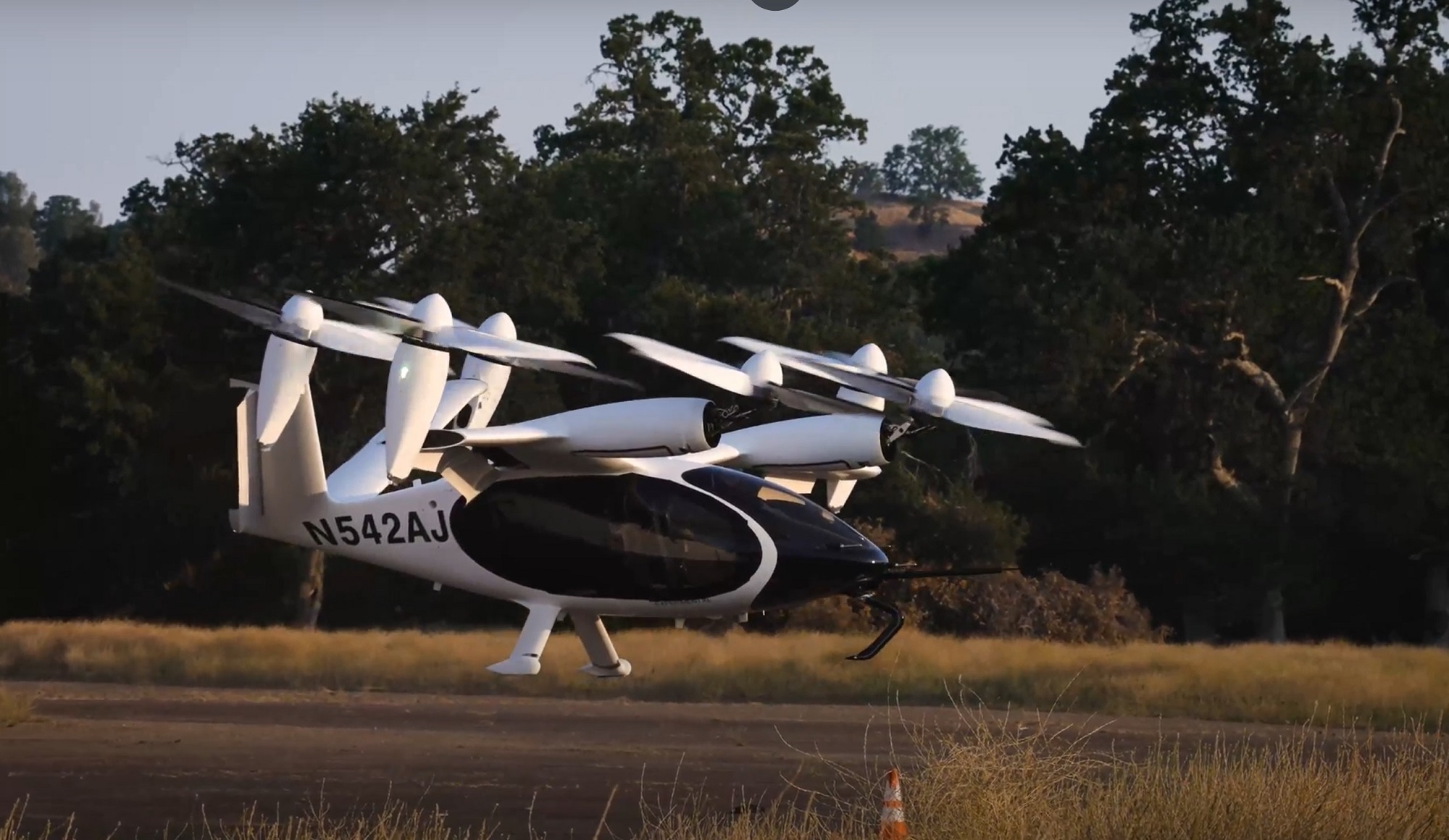 Joby Rings in a New Era

The company — previously known by the trade name “Joby Aviation” but legally “Joby Aero, Inc.” — completed its previously announced business combination with Reinvent Technology Partners (NYSE: RTP), a special purpose acquisition company (SPAC) on Aug. 10; RTP then changed its name to “Joby Aviation, Inc.” This SPAC transaction valued Joby at $4.5B enterprise value, with proceeds raised plus cash on the balance sheet as of March 31, 2021, equaling approximately $1.6B. The proceeds are expected to fund Joby through initial commercial operations. This makes Joby the best-funded eVTOL company in the world (see “Turning Point,” Vertiflite, July/Aug 2021).

Reid Hoffman, LinkedIn co-founder and co-lead director of RTP, added, “With its advanced technology, we believe Joby is ‘Tesla meets Uber in the air’ and the clear leader in the eVTOL and aerial ridesharing space. We believe Joby is well-positioned with capital to be the first company to certification and commercialization. Closing this business combination accelerates Joby’s roadmap, and we look forward to supporting JoeBen and Joby’s world-class team in executing on their vision.” (See “Leadership Moves,” pg. 6 for the full board of directors of the new Joby Aviation, Inc.)

Long Distance
In July, Joby announced that it had flown its full-size 2.0 prototype eVTOL on what is the longest and farthest flight of an eVTOL aircraft to date, including both a vertical take-off and landing.

The unmanned flight was completed at Joby’s Electric Flight Base in Big Sur, California, as part of the company’s ongoing flight test campaign. The unmanned aircraft — piloted from the ground by Joby’s Chief Test Pilot, Justin Paines — took off vertically before transitioning to forward flight and completing 11 laps of a predefined circuit. After more than 1 hour and 17 minutes in the air, the aircraft landed vertically, having covered a total distance of 154.6 statute miles (248.8 km).

Commenting on the milestone, Bevirt said: “We’ve achieved something that many thought impossible with today’s battery technology. By doing so we’ve taken the first step towards making convenient, emissions-free air travel between places like San Francisco and Lake Tahoe, Houston and Austin, or Los Angeles and San Diego an everyday reality.”

The Santa-Cruz, California-based company also provided a number of additional details about the aircraft, which is the largest passenger-carrying capable aircraft conducting eVTOL flights (although it has been predominantly flying unmanned to date).

Joby’s S4 prototype 2.0 uses commercially available lithium-ion batteries that have been adapted for aerospace use. An 811 NMC cathode and a graphite anode cell were selected, following internal testing, to deliver the optimal trade-off between the specific energy required to fly the aircraft 150 miles (240 km), the specific power to take-off and land vertically, and the cycle life to deliver an affordable service. “We have demonstrated in the lab that this battery is capable of more than 10,000 of our expected nominal flight cycles,” the company stated.

The team developing Joby’s energy system is led by Jon Wagner, Head of Powertrain and Electronics, who previously led battery engineering at Tesla. Commenting on the achievement, he said: “Since the day I joined Joby four years ago, we’ve worked hard to maximize the energy efficiency of this aircraft and prove what we have always known to be possible with today’s battery technology. With the right cell chemistry and a lot of hard work across the entire engineering team, we’ve been able to create a remarkably efficient aircraft that can make the most of today’s commercially available batteries.”

Paines, a former Royal Air Force test pilot who helped develop the controls for the F-35 Joint Strike Fighter before joining Joby as its Chief Test Pilot, added: “We’ve been building up to this for several months now, flying progressively longer sorties. As we’ve extended the range, we’ve been able to identify modifications to the aircraft that improve efficiency and, for the final few tests, we were able to upgrade the landing gear on our prototype aircraft to one with a drag profile more representative of what we expect to see on our production aircraft.

“While we still have plenty more testing to do, achieving this milestone is an important validation of our technology and I’m incredibly proud to have played a small part in what is, to our knowledge, the longest all-electric eVTOL flight performed to date,” he said. (Beta Technologies has also flown its Alia eVTOL demonstrator to more than 200 miles on a single charge, but has not begun conducting vertical takeoff or landing operations.)

Strategic Planning
Joby’s aircraft is expected to start commercial passenger service in 2024, transporting a pilot and four passengers at speeds of up to 200 mph (320 km/h).

The company is working towards certifying its aircraft with the Federal Aviation Administration (FAA), having already agreed on a “G-1” certification basis and been awarded a US Air Force Airworthiness Approval.

Joby announced on July 29 that it had taken the first step towards building the first eVTOL airline, by beginning the process to receive an FAA Part 135 Air Carrier Certificate. The company said they were in the first of five stages towards becoming a certified airline, and expects to achieve its Part 135 certification in 2022 to become the “first eVTOL airline.” A Part 135 Air Carrier Certificate is required for companies to operate their aircraft as an air taxi service. Alongside a Type Certificate and Production Certificate, this is one of three regulatory approvals critical to the planned launch of Joby’s all-electric aerial ridesharing service in 2024.

As Joby’s eVTOL aircraft is not expected to receive its type certification until 2023, the company intends to operate traditional, existing, certified aircraft under the Part 135 air carrier certification from 2022 before adding the Joby aircraft to the airline operating certificate once it is certified.

Founded in 2009, Joby employs more than 800 people, with offices in Santa Cruz, San Carlos and Marina, California; as well as Washington, DC; and Munich, Germany.

The office in Washington, DC, is being opened “to support the collaborative work it is doing with the aviation community and policymakers to bring quiet, zero-emissions aviation to life.” Equipped with a state-of-the-art flight simulator, visitors to the new office are able to experience what it’s like to fly Joby’s air taxi.

As part of its commitment to working collaboratively on accelerating the adoption of zero-emissions aviation, Joby recently announced a joint effort with JetBlue Airways and Signature Flight Support to build a pathway to the utilization of electric and hydrogen aviation credits. The company is also working with policymakers and local governments to support community-based planning grants for aerial ridesharing as well as the development of electric aviation charging infrastructure.

Joby’s Elevator Pitch (per the company)