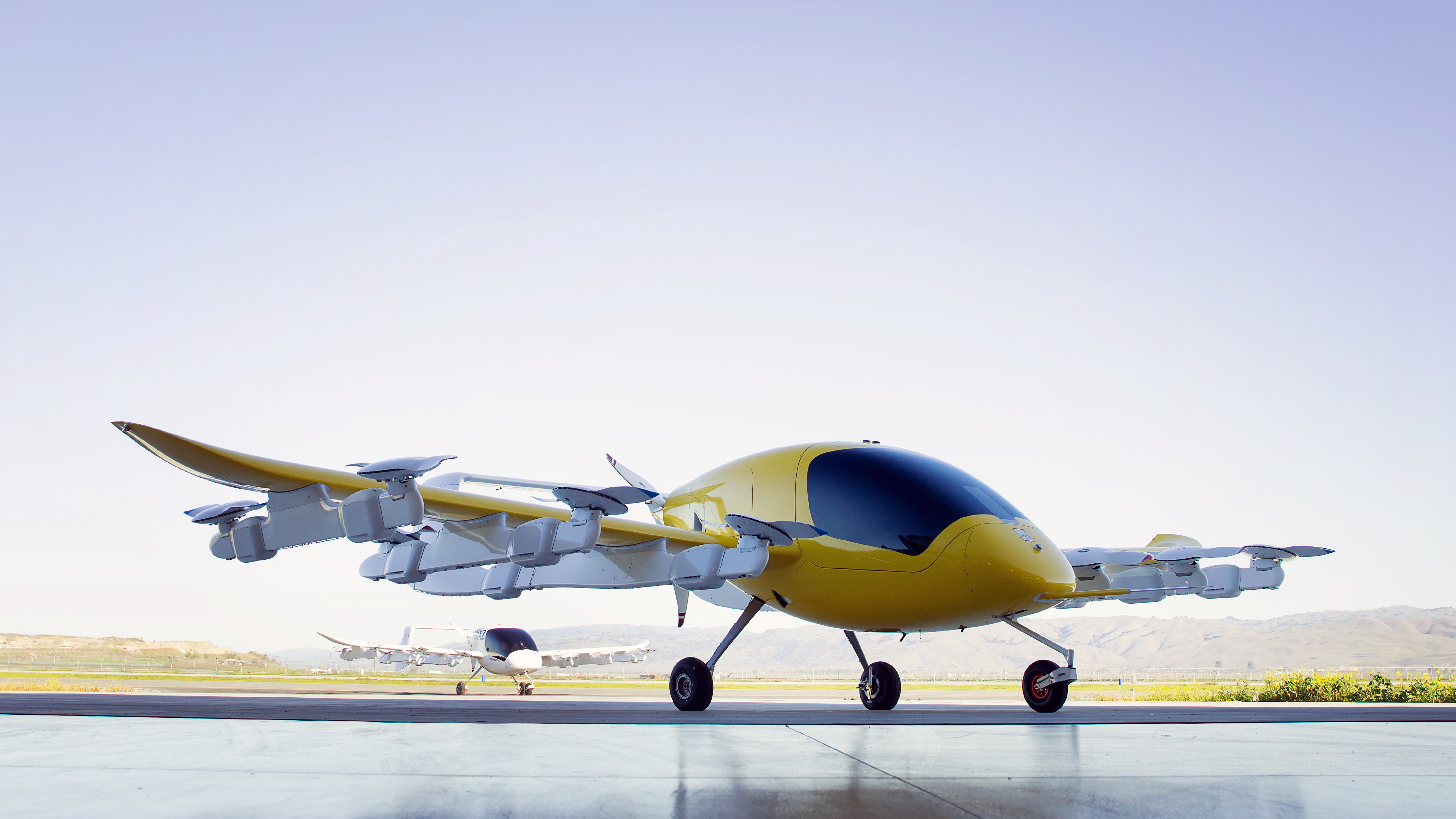 The Vertical Flight Society has been busy providing regular webinars and symposiums to help keep our members in the know and to keep advancing vertical flight. Links to past and future webinars are available at www.vtol.org/webinars.

On June 26, the VFS-supported “eVTOL Writers Group” resumed its regular interviews by featuring new VFS corporate member Wisk. The webinar, which featured a tag-team interview with CEO Gary Gysin and CTO Jim Tighe, was moderated by Charles Alcock of Aviation International News. It has proven to be one of our more popular videos.

Gysin and Tighe provided a detailed overview of Wisk and how it was formed, including the role that Boeing now plays in the organization. The hour-long webinar also provided insights into Wisk’s Cora electric vertical takeoff and landing (eVTOL) aircraft, and the company’s plans for it. Cora is a two-seat, self-flying eVTOL with 12 independent lifting propellers and a pusher propeller. It is designed for a 25-mile (40-km) range at 100 mph (160 km/h).

Gysin pointed out that Cora is intended to be the first in a family of vehicles ranging from two-passenger to larger vehicles that may have features not provided in the current version, which he referred to as its “Gen 5” demonstrator. Gysin highlighted Wisk’s approach to start first with autonomous flying, because, he said, it offers improved safety and the ability to scale, and because it is ultimately “where UAM is headed.”

The video recordings of these interviews are available to view, free of charge, on the VFS YouTube Channel: www.YouTube.com/VTOLsociety. In addition, all of our video recordings are linked from the VFS Video Library page: www.vtol.org/videos.

The Vertical Flight Society has been partnering with the Comparative Aircraft Flight Efficiency (CAFE) Foundation for the past several years for its annual Electric Aircraft Symposium, normally held in conjunction with the Experimental Aircraft Association (EAA) AirVenture in Oshkosh, Wisconsin. This year’s 14th Annual EAS was held virtually on July 28-30, with VFS and the CAFE Foundation co-organizing the program.

EAS 2020 was very successful and our largest online event so far, with nearly 700 registrants. The symposium was sponsored by Electra.aero, AeroTEC, ES Aero, Sabrewing and evtol.com.

The first day, which was free to attend, provided an industry overview with opening presentations from Yolanka Wulff of the CAFE Foundation, Willi Tacke and Xin Gou from Flying Pages magazine, who provided detailed overviews of the European and Asian regions, and Greg Bowles from Joby Aviation speaking about the broader industry. The first day also included sessions on commuter/regional air service, urban air mobility and community integration.

The subsequent two days highlighted advancements in eVTOL, electric conventional take-off and landing (eCTOL) and electric short take-off and landing (eSTOL), including propulsion systems, motors, batteries and hydrogen fuel cells. The program also highlighted recent successes by MagniX and AeroTEC on the e-Caravan first flight, as well as Pipistrel, which recently obtained the first Type Certification for any kind of electric aircraft (outside of China).

Rounding out the program included presentations on the regional market needs of both Scandinavia and Cascadia (US Pacific Northwest and Canadian West), as well as market dynamics from the investment professionals. As part of this groundbreaking symposium, the organizers included sessions on first-time topics such as electric motors and hydrogen propulsion, which featured VFS members of the hydrogen propulsion subcommittee of the eVTOL Technical Committee, led by committee chair, Dr. Anubhav Datta, University of Maryland. The technical program included VFS members VerdeGo Aero, Pipistrel, NEXA Advisors, Sabrewing Aircraft, Empirical Systems Aerospace and BAE Systems.

In normal times, VFS would have held its annual autonomous VTOL session at the Association for Unmanned Vehicle Systems International “XPONENTIAL” in May in Boston, Massachusetts. But, just like Forum 76, this UAS trade show was rescheduled (initially) for August; when AUVSI moved it to October (in Texas) on top of Forum 76, VFS decided to decouple our program from AUVSI and held the session virtually, as planned on Aug. 10 (AUVSI later changed the event for a third time, making it virtual as well).

The program was moderated again by Graham Warwick of Aviation Week and was broken down into three sessions — Enabling Autonomy, Applying Autonomy and Certifying Autonomy — each with a mini-keynote speaker providing context for the panel discussions.

This outstanding event provided great insight into the progress of simplified vehicle operations (SVO) as a starting point, and varied visions on the roadmap to achieve the ultimate goal of autonomously piloted flight.

The program was sponsored by Near Earth Autonomy; Sikorsky, a Lockheed Martin Company; Wisk; and the Aviation Week Network. This program is available for purchase for $50 on the VFS Vimeo channel at www.vimeo.com/VTOLsociety.

VFS Chapter Meetings
VFS chapters have also been busy holding activities as virtual meetings, and VFS headquarters has helped to assist in supporting these meetings. The East New England, Stratford, San Francisco Bay Area and Arizona Chapters have utilized the GoToWebinar tools provided by headquarters to hold chapter meetings, host speakers, and conduct question and answer sessions. These free, sponsored web meetings have benefited from being available to the whole world, with the promotional efforts of VFS headquarters used to attract new attendees to the local chapters as well.

VFS will be continuing the virtual programming throughout the year, including programs from the VFS chapters. Recordings of past chapter webinars and information about upcoming events are posted at www.vtol.org/webinars. We hope you will join us for these informative presentations and maintain your sense of community with your vertical flight colleagues, despite geographic and social distances.